I've never been so exhausted in my life! It all began in late June 2012. I had been doing a lot of hiking, running and biking to prepare for the Tough Mudder event in mid-June. I completed Tough Mudder and was feeling a bit cocky. I had read about the SpeedGoat 50K race a few weeks earlier and since I was feeling good, I decided to sign-up. The race was already full so I ended going on a waiting list, but a week or so later I got the email saying I was in. That's when the pressure was really on!


The SpeedGoat 50K was no longer just something that sounded like a fun event I might like to do someday, but was now going to happen for sure. There was no backing out and I had to ramp up my training quite a bit.


Before I go any further, let me tell you a little about this race. As the name says, it's a 50K race......32 miles to me. But it's not just an easy 32 miles, and what makes it so challenging is the vertical and elevation of the race. First of all, most of the race is over 8,000 feet above sea level and goes over three 11,000 foot peaks. Secondly, wihtin that 32 miles, we had to climb 11,000 vertical feet, and decend the same. Now I'm no Ultra-Runner dude, and really not even a runner, but from what I read, this race is one of the toughest in the U.S.! So, if I was going to do one, this was a good one to put on the list.


Now back to my experience. I had only a few weeks to train and I did my best. I did a 25 miler one Saturday that consisted of 3,500 vertical feet of climb. I also did a 4,200 vertical foot speed climb to the top of Mt. Olympus, and an 18 mile, 5,500 vertical foot run 9 days prior to my race. Was it enough training? Probably not, but strength wise, I felt pretty good throughout the race. I'll tell you soon what got me.


The race began at 6:30 on July 28th. It was an excited bunch at the start line. I had gotten a great nights rest and was ready when we took off up the mountain. The hardcore running studs pulled away from most of us pretty quickly and from what I understand, didn't let up anywhere along the way. Some of the guys serious about Ultra-Running, are some serious super athletes! The winner ended up running the race in 5 hours and 15 minutes or so. That's insane!!!


I felt real good and climbed the first 8.2 miles in about 2 hours, then decended to the near halfway point in another hour and a half. I was on track to hit my goal of completing the race in 8 hours.


I was going strong to about the 21-22 mile mark, and then the legs began cramping and cramping bad. The pain was really bad. In addition, I became light headed and felt sick to my stomach. I made it to the base of a super steep climb that went up to a peak called Baldy. At that point, I thought I was done. I sat down and some race volunteers were there and had some cold water and luckily the secret ingredient that I didn't really know about because I wasn't as prepared as I should have been......SALT! Ya, salt. I had been sweating hard for hours and my body lacked salt and it began causing cramps, making me light headed and sick.


So for nearly an hour I had to sit there in pain and watch other racers pass by me, asking if I was ok. I'm a competitor and that is really hard to bare, but I simply couldn't move. I had to wait and hope the salt tablets would get into my system and help.


Finally, after an hour or so and seeing 50-60 people pass me, I felt a little better and got to my feet and began taking one step at a time. It was slow going, but over the next 30 minutes I began to feel a little better. And although my legs hurt the rest of the race, I was able to press on and run the flat ground and downhill parts of the course. Climbing was very hard and hurt.


When all was said and done, I finish 129th among men and I think about 157th overall. Not too impressive, but I was just glad I finished, because when I was sitting on the side of that hill, I didn't think it was going to happen. 9 hours and 39 minutes was my time......only about 4 hours after the winners! Ha Ha, that's crazy that those guys can do that. Anyway, I didn't hit my 8 hour mark, but I think if I had prepared just a little better and known about the salt intake, I could have been really close to the 8 hours.


It was a great experience and I'm glad that I did it, but I don't think I'll be doing it again. It's something for me that once is enough. Next summer maybe I'll do a 100 mile mountain bike race or something. Just something new to put on the list. 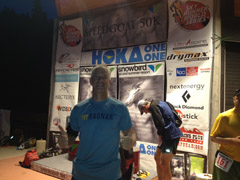 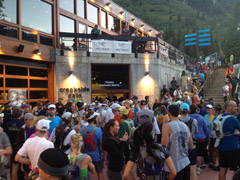 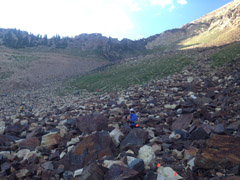 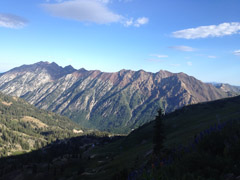 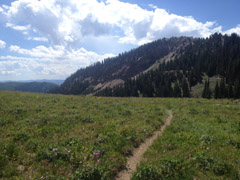 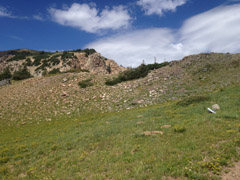 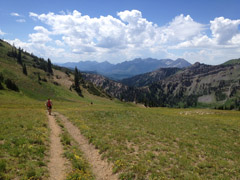